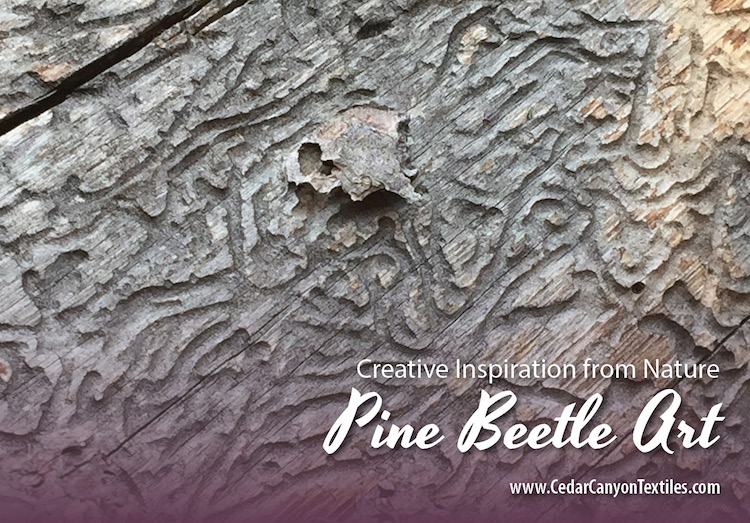 Are you shaking your head at the thought of art by tiny critters that kill trees? Good. That means I’m not alone. But… as I’ve been hiking around a ranch in South Dakota, that is exactly what I’ve found. Pine Beetle Art. Seriously!

Art and destruction go hand in hand when Pine Beetles go to work. 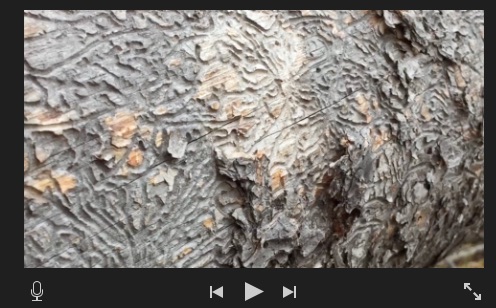 Click on the photo to watch a short video

Here’s a short video clip that I shot while I was out taking photos yesterday. You’ll have to forgive the wind noise. I had to sneak out during a short break in the weather to take photos on an overcast day. (And yes, I got rained on right after I shot that video!) 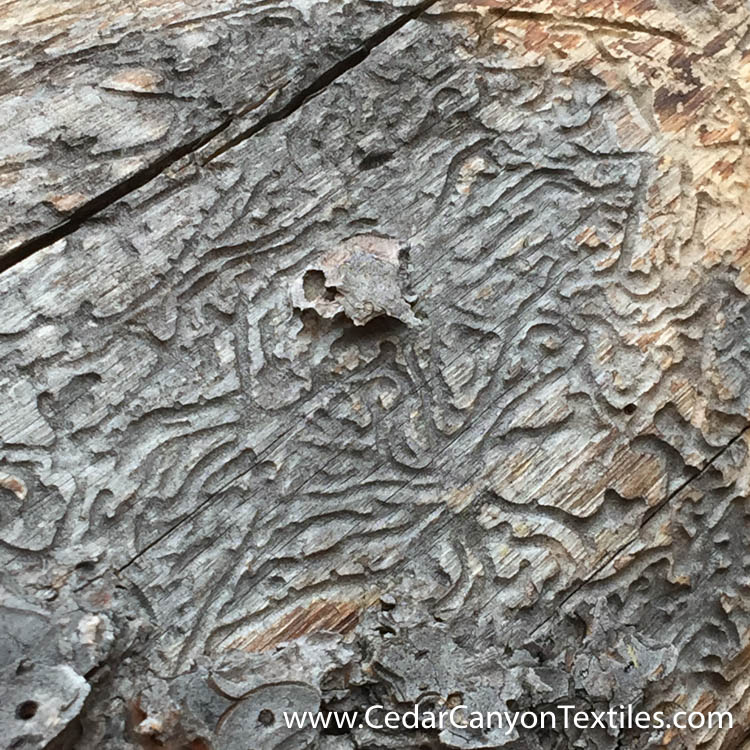 The patterns created by the beetle larvae are fascinating. I’m quite sure those little critters have no particular plan in mind as they burrow under the tree bark, but the results are amazing. 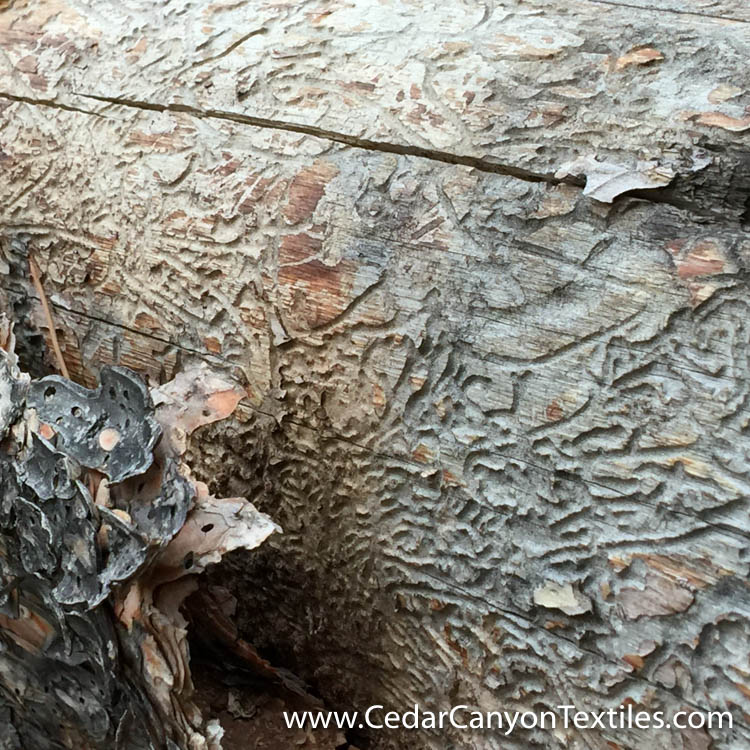 Once I noticed the first “carvings,” I started seeing more and more of them. The patterns fade over time, so the trick was to find a dead tree that was old enough for the bark to fall off, but fresh enough that the patterns were still visible. 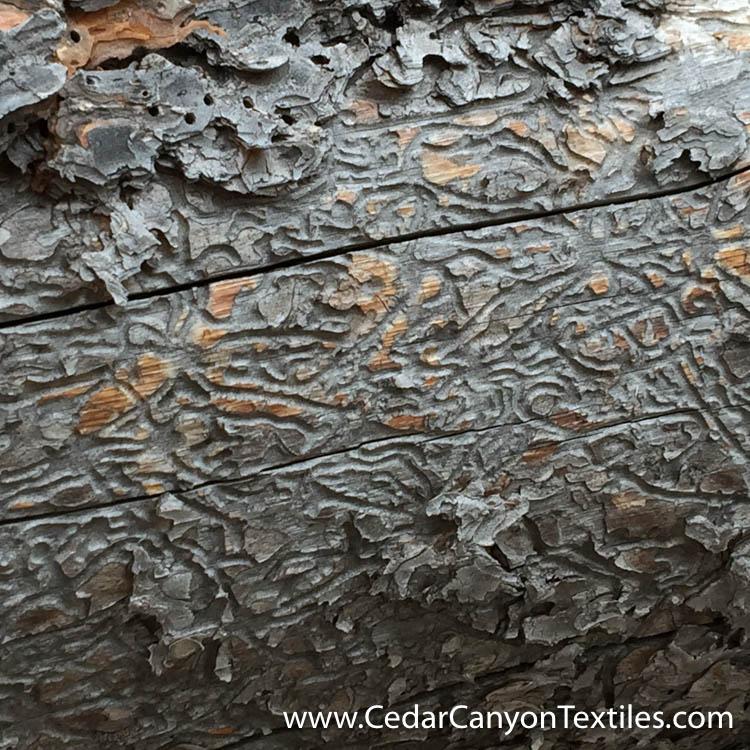 The holes in the bark are a clue to the Pine Beetle Art mystery.

See the holes in the bark at the top of this photo? That was what helped me understand that these carvings were actually Pine Beetle art. 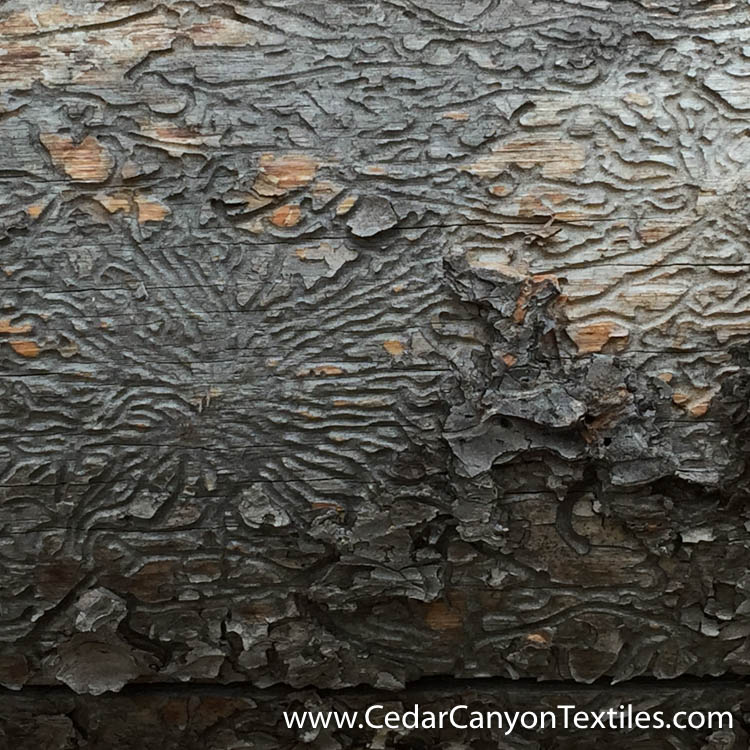 As I looked at various trees, I found this radiant pattern quite often. It would be interesting to know why this pattern would be so common, but let’s be honest… Beetle larvae behavior is not my cup of tea. But Pine Beetle Art? Very, very cool!

Do you find inspiration in oddball places? Leave a comment with your story. I’d love to hear where you see patterns, textures and inspiration.